If you are here and reading this because you are suffering from costochondritis, I am sorry! I know what you’re going through!

I hope your case is considered mild.

Although a mild chest crushing feeling is nothing to be laughed at but believe me it’s better than a severe one.

If you are classed as mild, do yourself a favor and take the rest your doctor probably recommended. Not resting can make the condition worse and prolong your agony as it did mine.

Seems like a no-brainer as I think about it now but I wish I’d taken the pain seriously when I had Costochondritis. But, you know, life? Life seemed like a good reason until I ended up in so much pain that I was unable to get out of bed.

It Can Be Hard to Diagnose

You can read my disclosure here.

Costochondritis is not the easiest thing to diagnose and also there is no specific treatment. Don’t lose heart, though. It does get better.

So this is what I went through.

I had a severe case that lasted about eight months and still experience weakness and pain if I overdo it now almost a year later.

It started one evening with a popping sound in my right side which was followed by immediate pain. It got worse within a few days, much worse.

My husband took me to the Emergency Room where I was checked for an ectopic pregnancy. All clear except for awful pain that radiated from the front to the back of me.

I couldn’t sleep. I felt like I couldn’t breathe. It felt as though my ribs were crushing my lung. One of the days the pain was so unbearable I could hardly walk.

Three doctors, endless, blood tests, scans, around four seemingly endless months of excruciating pain, sleepless nights, constricted breathing, and no answers other than the tests are clear so you must be ok.

It’s hard being in so much pain that doing something small like picking up a handbag is almost too much to bear. It’s also hard when people don’t mean to be but seem unsympathetic. Costochondritis is hard for others to understand because it’s not well-known and nothing looks obviously wrong with you.

I felt ridiculous and frustrated. All I wanted was to be pain-free!

After tests with the third doctor came up clear we wondered if there was no way to end this pain and I started to think I’d just have to live with it.

I didn’t want to be told again due to clear tests that I must be fine when the terrible pain in my ribs told me I definitely wasn’t!

We walked into the fourth doctor’s office feeling pretty low. The relentless pain day and night had left me feeling exhausted. I was becoming depressed. My husband and I were both so frustrated. Four months and no answers had caused us to assume the worst. And so we asked the new doctor if it could be cancer.

It was a bad moment. But we wanted to know what to expect.

To our relief, he immediately said no. But still, we needed an answer.

Dr. R, listened intently to my description of everything. Looked through the tests the other doctors had done and then, to my surprise, leaned over and squeezed my ribs while I was still sitting. Oh my word, the pain! I could have hit him.

Until then the other doctors had asked me to lie on the examination bed to check my ribs. But when I lay down the pain moved and radiated which made it hard to be specific about where it was. I think this is one of the reasons why Costochondritis is not the easiest thing to diagnose.

“It sounds like Costochondritis,” he said. Costo, what? That sounded like a foreign language to us but after his explanation it made sense.

Finally, we knew what it was. We also knew there was no specific treatment other than anti-inflammatories and rest.

There was one thing he could try, he told us. A cortisone injection. There was a chance it could help. So I took the chance.

The injection was done into my ribs. It was excruciating. So obviously it’s not something I recommend! It left me feeling like I had a tennis-ball-size swelling adding to the original pain.

It’s not something I’d choose to do again. Ever! I’d far rather have stuck to the pain I was already in.

As there isn’t a quick cure other than rest and anti-inflammatories I used a trial and error method to try and get my ribs to heal.

This is what helped me. You’ll need to be self-disciplined because they seem so simple but after almost eight months I was willing to try.

I hope they help you too. Some of them you won’t need to do if your Costachondritis isn’t severe.

Rest. I started with a two-week complete rest. No work. No carrying or picking up things. I can’t say that enough. Complete rest. You don’t have to lie on your bed all day. That would drive me nuts! But be at home or somewhere that you can minimize movement. If sitting hurts then lie down. Don’t drive.

The difference at the end of those two weeks was significant. I still had almost four months of healing ahead of me but I could breathe a little easier and my mind was in a far better state to cope.

Anti-inflammatory medicine. Ask your doctor for a course that you can safely take over a few weeks.

In my case, I needed a three-month course. Don’t slip up on taking them. Costochondritis is inflammation of the cartilage in your ribs. Very bad inflammation. If you don’t know how anti-inflammatories work, they need to be taken as a course so that they keep working at that inflammation which allows the healing to happen.

Not picking up heavy things. This is going to seem silly but it helped me so I’ve put it in here. Try not to pick up anything over two kgs if you can. I’m sorry if you have small kids because then I’d definitely just choose to suffer and I’m sure you would too.

I felt so absolutely stupid and useless when my star of a husband would even take my handbag from me. I’d object and he’d just look at me with his sweet silent you-don’t-have-an-option look.

It was hard but I realized that I had to swallow my I-can-carry-on-as-usual-attitude so that I could let my ribs heal.

Posture. Sit and stand straight. It hurts but does help. It also strengthens your core muscles which will help to protect your ribs and so hopefully prevent a recurrence at a later stage.

Quit ALL Sugar. Sugar turns to acid in your body and acid feeds inflammation. Costochondritis is inflammation of the cartilage between your ribs. You want to starve that inflammation at all costs. So no sugar. It’ll mean one step closer to no pain. Sugar is in a lot of things so if you’d like a list read 20 Foods High In Sugar Which You Should Avoid By StyleCraze.

Be Patient. Don’t overdo it when you start to feel a bit better. Allow yourself to get completely better.

How to Prevent a Relapse

Not to scare you but you need to be aware, Costochondritis can recur. After about four months of trying to heal with seemingly no progress, I woke up one morning and forgot to be careful as I got out of bed!

Suddenly, it hit me, the pain was almost non-existent from one day to the next! That was the turning point. Finally, I was well on my way to pain-free breathing and life in general. I hope this is where you will find yourself one day soon!

A moment later an awful thought hit me. What if this was just one good day and I’d wake again tomorrow to the exhausting pain?

I frantically tried to think of anything I could do to prevent that. Exercise made sense but I wasn’t sure what would be gentle enough. What could I do without causing myself more agony?

I decided walking was a good place to start. Let me tell you one thing, though – START SLOW! Even just ten minutes is a great start if that’s all your ribs will let you do, or five. Just get going!

Your core won’t be strengthened overnight so don’t overdo it. Remember, steady and slow wins the race. Walking has many health benefits but the one we’re focusing on is building up core strength. So while you’re walking for you’re core know that you’re helping your body in many other ways!

To maximize the strength building and help your ribs heal you need to focus on your posture whilst walking. So shoulders back, tummy in, and bum under. And get walking.

Once I was strong enough I began very light core exercises a lot of which were stretches. Stretching builds muscle too.

Do not do sit-ups or crunches! Yes, they strengthen your core but your ribs are not ready for that!

Rather do squats. Or lie face down on the ground with arms stretched above your head and lift your hands and feet a couple of inches from the ground.

Do the plank for five to ten seconds a day.

If anything hurts more than normal stop immediately and try something else.

Whether you choose walking or light exercises know that it needs to be a life change. I can’t say it strongly enough – You need to keep doing either or both!

You don’t have to become a hectic gym bunny. I’m just saying even a ten-minute walk a day can help prevent the debilitating pain of Costochondritis from returning.

The only thing I do aside from the occasional swim is a daily walk.

When I don’t that friendly little weakness that has decided to call the right side of my ribs home gives me a nudge to remind me why I need to grab my walking kit and get some fresh air.

If you’d like more information on Costochondritis read “Fibromyalgia and chest pain: What is normal, symptoms, and treatment” by Medical News Today.

The Pain Will End

Take heart, the pain will be gone one day.

One thing you’ll have at the end of your journey is a new appreciation for your health.

I’ve learned not to take mine for granted and I’m grateful for it now! I’ve also learned to have more compassion for people who are unwell but have nothing to show for it.

Costochondritis is not a joke but you’re not alone. I know how you feel.

Make sure you rest and I hope you are well soon and able to breathe that much easier! 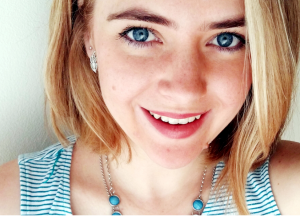